Ashwagandha has a long history of use in traditional Indian medicine, where it is used to promote physical and mental energy and memory health.

In a randomized controlled trial, 64 stressed individuals were given either an ashwagandha extract or a placebo. After 60 days, the 32 participants who took the ashwagandha extract reported reductions stress and had lower cortisol levels than those who had received the placebo. The ashwagandha group also saw significant improvement in levels of the stress hormone cortisol. This confirmed the results from an earlier controlled clinical trial in which ashwagandha supplementation improved stress and cortisol levels. 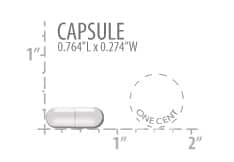 B12 Elite combines 2 vital forms of B12 for brain health and function, energy metabolism and the production of red blood cells

Nothing better than a drink to power your brain and muscles. A perfect fit for feeling fried and a great pre-workout simple drink.

Supports the heart, brain, GI tract and more because it contains the clinically studied, biologically active forms of folate